We often find when we’re making music that we are so inspired and end up with way too much stuff. These are usually in the way of writing too many songs to physically fit on an album, but once in a while we might do a version of someone else’s song as well, purely for fun, cause we are music lovers just like you guys! This happened during the creation of the forthcoming “Live To Fight Another Day” album as well. Somewhere, somehow, a cover of the great

W.A.S.P. song “Mean Man” happened, and while we’re finishing that album up, we thought it would be cool to throw it out there for you guys to hear!!! Hope you enjoy!!! This song also marks the debut of Melbourne based singer / guitarist Tugra Ismail with us – great to have you along, and a special thanks for quite literally saving this song!!!

LINE UP AND CREDITS:

“Mean Man” (Written by Steve Edward Duren), originally appears on the W.A.S.P. album “The Headless Children” from 1989. That is a killer song and album, so make sure you check it out and go buy it you bastards!! 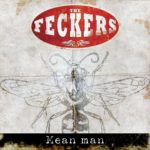 […] During the making of the second album from The Feckers “Live To Fight Another Day”, we found, as is often the case that we had too much stuff, and somehow this version of the great W.A.S.P. song “Mean Man” happened, which when we decided to throw it out there, also happened to be the first music from The Feckers in five years!!! Hope you enjoy. Head over to the official site to download it for free!!! […]