The second single from the forthcoming album “Live To Fight Another Day” (due later in 2020), a fun look at rock n roll being a lifestyle, dedicated to ultimate rocker, Mr Jim Gillbanks, who has been showing them how it’s done since 1936!! CHEERS TO YOU MATE!!

This was a song Chris had sitting around not being used anywhere, and once he and Richard started collaborating on the lyrics, all these gags and references to artists we love started making their way into the song – it very quickly turned into a classic Feckers song, and one that we knew very quickly would be a single. 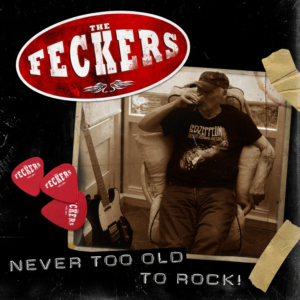